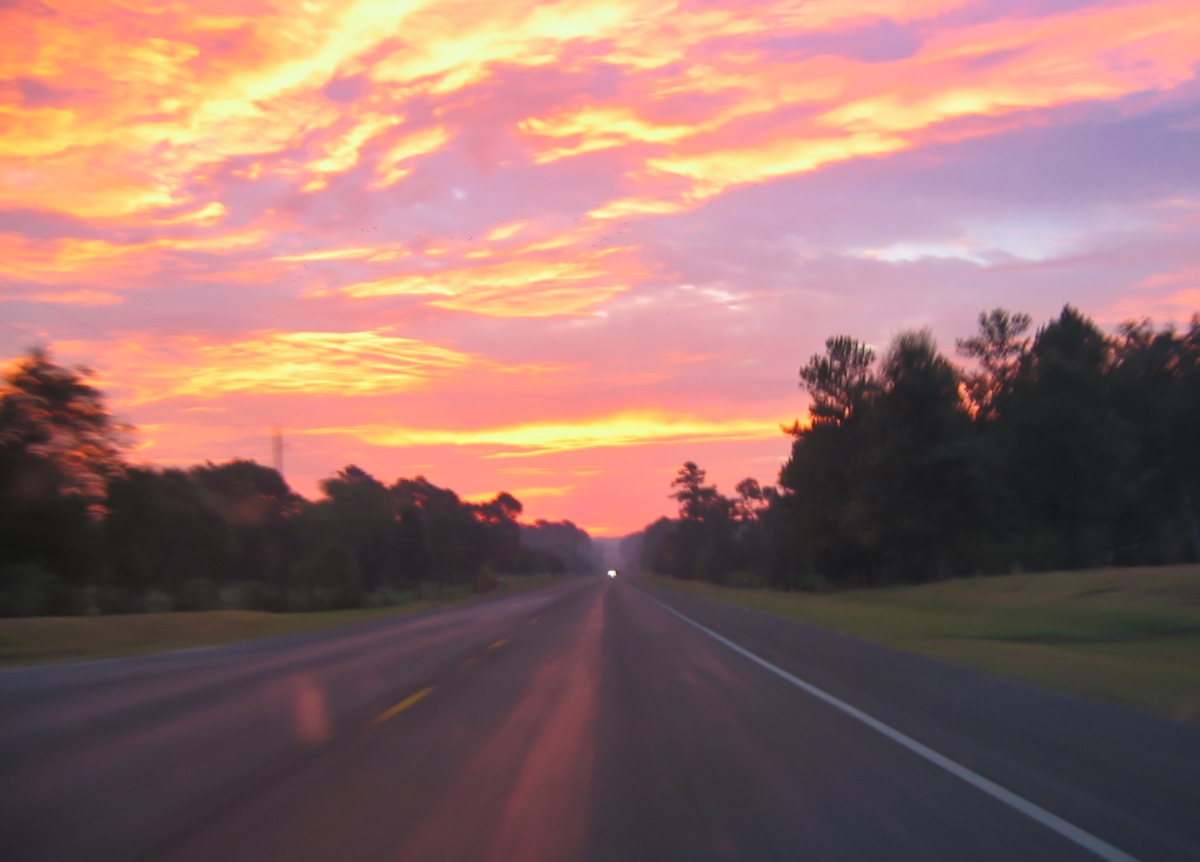 “I’m not running away from my responsibilities. I’m running to them. There’s nothing negative about running away to save my life.”
―Joseph Heller, Catch-22

Like everyone else we knew when Carolyn and I graduated from college, we started working so we could buy stuff. For years we worked really hard to buy necessary stuff, useful stuff, fun stuff, cars to transport our stuff and a house to contain our stuff. Buying things made us feel good for a little while so, like addicts, we bought more things to get the next rush.

We also never took a real vacation. We took time off from our jobs but we spent that time working on other projects and it wasn’t until Carolyn’s job sent her to Manila that the fear of long distance travel began to dissipate. After two years of month-long trips, I got to go along and discover something about myself. I LOVE to travel. I remember being in the van in Manila driving from the airport to the hotel not wanting to blink for fear I would miss seeing something. The experience changed me profoundly and I began to realize that experiences, especially with Carolyn, were so much better than things. Of course, once we got back into our routine at home that feeling got lost as we were consumed with work deadlines. We both had new jobs that demanded more of us and new family responsibilities were added when my mother came to live with us. It took a health scare to begin to change our thinking.

No one expects to have a heart attack. At age 46, I certainly didn’t. But, after the pain, the fear and a medical procedure, I realized that I was really lucky. It had been very minor but it highlighted a problem that would have led to something much worse. I was given a chance to start my life over, so we worked hard to become healthier, more active people. I wish I could say we learned our lesson and changed all our priorities right then, but years went by and we didn’t. However, having to replace our entire wardrobe after we lost weight certainly had a big hand in changing how we thought about stuff. We began to shop less because it just wasn’t fun anymore. Buying new things didn’t provide the old thrill and we began to see the things in our house as anchors holding us down. We really wanted to travel. We took a couple of wonderful trips and realized we were greedy for more. We love the new experiences that travel brings. We love the stories we collect instead of things and we love to travel together. A trip to Paris with only a pair of backpacks made us realize we didn’t need nearly as much stuff as we thought we did and we had a blast!

Then, 2017 started as a year of loss. My mother passed away peacefully in February, the cat who slept in my arms every night like a teddy bear succumbed to a fast moving illness in April. By summer our grief and frustration hit a breaking point. Our house no longer felt like home and we decided that we’d had enough. Enough of living someone else’s idea of success and putting off our dreams. So, we began to plot our escape.

We decided to unload all the stuff that is keeping us trapped, buy an RV and hit the road. We’ve already begun sending boxes and bags of stuff to Goodwill and putting things up for sale. We’ve begun visiting RV dealerships and we went to our first RV show a couple weeks ago. The prospect of this huge change scares the pants off both of us. We’re just two normal people who aren’t independently wealthy. We’re certainly not born minimalists. Heck, we’ve never even spent a night in an RV! So this won’t be easy. It won’t be the comfortable life we’ve had. We’re going to make mistakes, and we’re learning as we go. We’re not running away from our responsibilities but running towards life. And we want to share all our adventures with you.

Please join us each week as we start a new life with our cats.

Dinner at Hill & Vine, Fredericksburg, Texas.
Tell me you’re in Texas without telling me you’re in Texas.
Christmas brunch this morning, Pannettone French toast with homemade Turkey sausage. The sausage seasoning came from Sabbathday Lake Shaker Village in Maine where the last remaining Shakers support their community by making dried herbs and seasoning mixes. The syrup came from a gentleman in Vermont who makes small batches of dark and robust syrup that he sells at the Moose Festival in Vermont alongside his hand turned bowls. A meal that is truly the product of our travels this year. From Carolyn, Porter and me we wish you all a very Merry Christmas and Happy Travels!
After nearly two and a half years of full-time RV life we finally made it to the Grand Canyon. More picture to come.
Join 37 other subscribers
Join 37 other subscribers